In Conversation with Noel Mathias, Part 3 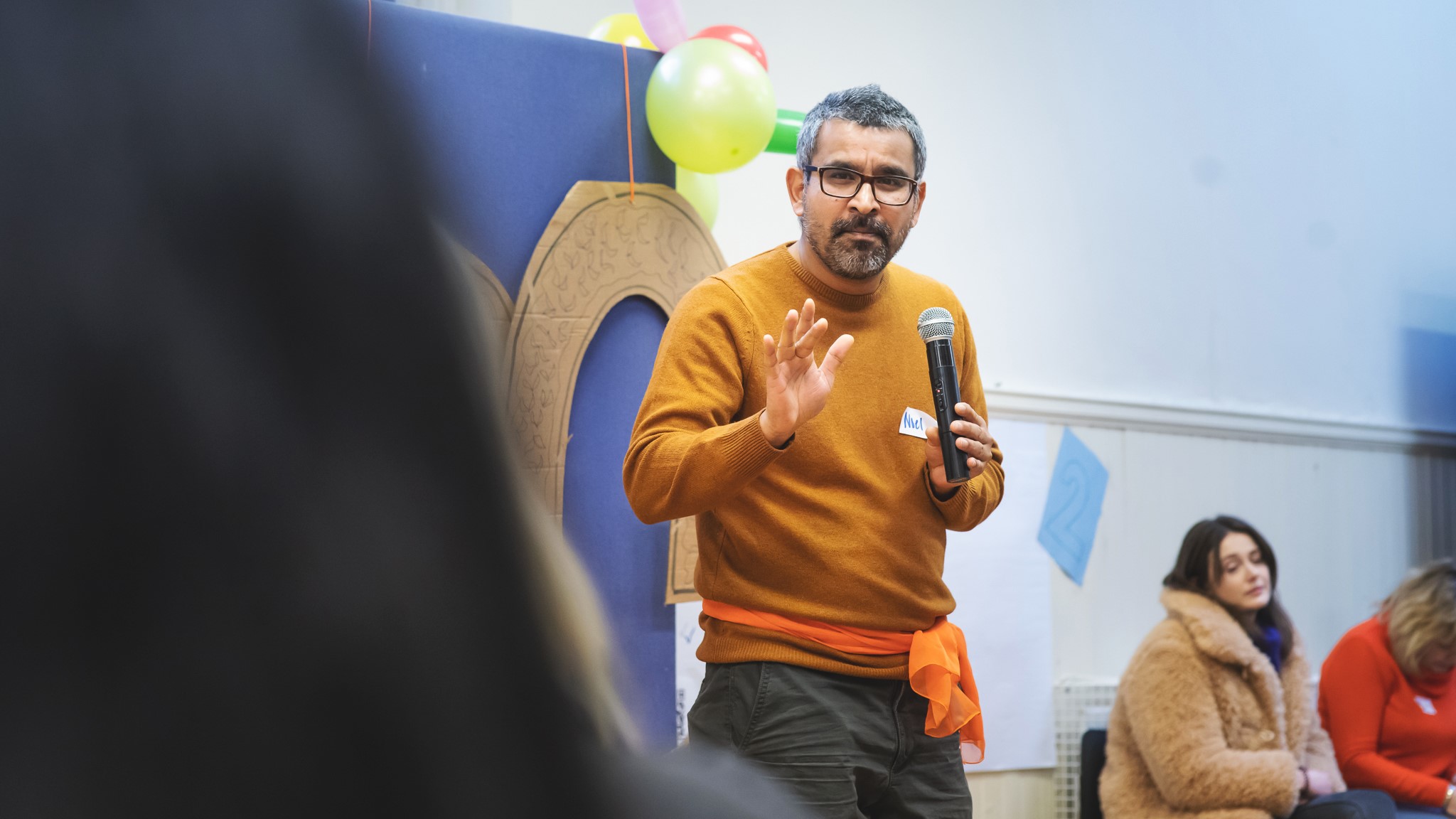 In the third and final part of a three-part series of blog posts, we interviewed WEvolution founder and managing director, Noel Mathias, as part of the charity’s 10th anniversary celebrations. We discussed how SRGs have resolutely persevered during lockdown and adapted to the world around us.

In part three of the blog posts, Noel shares his perspective on how WEvolution has had to adapt during the pandemic and change how they work with and communicate with SRGs. With this in mind, Noel outlined his vision for the SRG movement.

The ambition of WEvolution has always been long-term. The charity has firmly championed the long-term outcomes of self-reliant groups (SRGs) over quick fixes and always sought for people to take control of their own lives. Control takes on many forms – entrepreneurial activity, financial liberation, social growth, and much more – and the SRG model is something Noel aspires to see more readily adopted in society. When talking about his vision for the SRG Movement, Noel said:

“My vision has always been two-fold. One is that we scale the impact of SRGs in a way that they are mainstream across the multiple agencies and organisations across society. For instance, if we have a project on mental health, we know that the SRG approach clearly delivers based on our last impact report where we found that 84% of SRG members mental health improved after joining a self-reliant group. I’d love to see something like that become more mainstream. “

“The second aim is about transforming practice. Our community development sector is so hellbent on treating, fixing, or intervening and creating a suite of services. What I would love for us is to shift from creating services to creating contexts where people can come up with their own services. SRGs do that on a miniature level and there is no reason it can’t work on a macro level. That’s my vision and 10 years from now I would love to see the SRG approach being co-opted in the Scottish government and local government agenda, even taught in academic institutions.”

When discussing how SRGs can work in tandem with existing government policies and agencies, it is clear that SRGs cannot be pigeon-holed due to the variety of positive results they can have on individuals. A regimented approach to government activity and policy makes it difficult for the SRG model to be adopted as it cannot be siloed into one particular department. However, Noel is hopeful for the future.

“SRGs and their approach deliver what I call a “cobweb of impacts.” We cannot fit it within one particular category and say this is what an SRG does. The diversity of people who come into SRGs means we have impacts that cover a whole gamut of activities and projects. You have mental health and confidence but you also have economic and enterprise. You also have improved family relationships, and better health. You have all this happening within the SRG approach.”

“It’s a difficult thing for the government to learn about, especially as they do things in very siloed ways. To be able to do something that crosses all of these siloes and deliver positive impacts at scale as the movement gathers momentum is tough to implement in government.”

“The current set of government agencies that focus on entrepreneurial activity do a fantastic job but they do a job for people who know what they want out of life and what they want to pursue. The people we work with in SRGs know they want more but find themselves stuck, and that’s where WEvolution and Self-Reliant Group movement play a big role.”

What Does The Future Hold?

Noel is positive about the future and how the movement is adapting. The pandemic forced many businesses and organisations to rethink their strategies and to pivot their business model. WEvolution has been no different but Noel emphasised the importance of SRG members in moulding how the SRG movement will be implemented in the future.

“Covid-19 has taught us some important lessons. We have learned that the experts in adapting are the SRG members. WEvolution has adapted as well but we have learned from the SRG members how to stay resilient and how to remain secure even in the face of uncertainty. There’s a huge lesson for us there.”

“Secondly, when we talk about social and economic revival in the post-pandemic era, SRGs are going to play a big role there. We will have those who are in existing SRGs, and those who I hope will join in the future, who will see the value of collective enterprises or use the collective element of SRGs to create individual enterprises, create cash, create connections, and create confidence in their communities. I see SRGs growing in volume, both in terms of number and in impact, and also being a key part of policy creation in society. I see that happening slowly but surely over the next 10 years.”

Both WEvolution’s and the SRGs ability to adapt during the pandemic has left them in stronger positions as lockdown begins to ease. While the last 18 months have undoubtedly been tough, there is a lot of hope for the future. Noel’s vision of SRGs working closely with WEvolution, and hopefully other organisations, to help with the post-Covid revival will hopefully come to fruition and see their continued growth over the next decade.

If you have enjoyed our blog but missed out on previous instalments, here are the links to Part 1 and Part 2 of our conversation with Noel.