In Conversation with Noel Mathias, Part 2 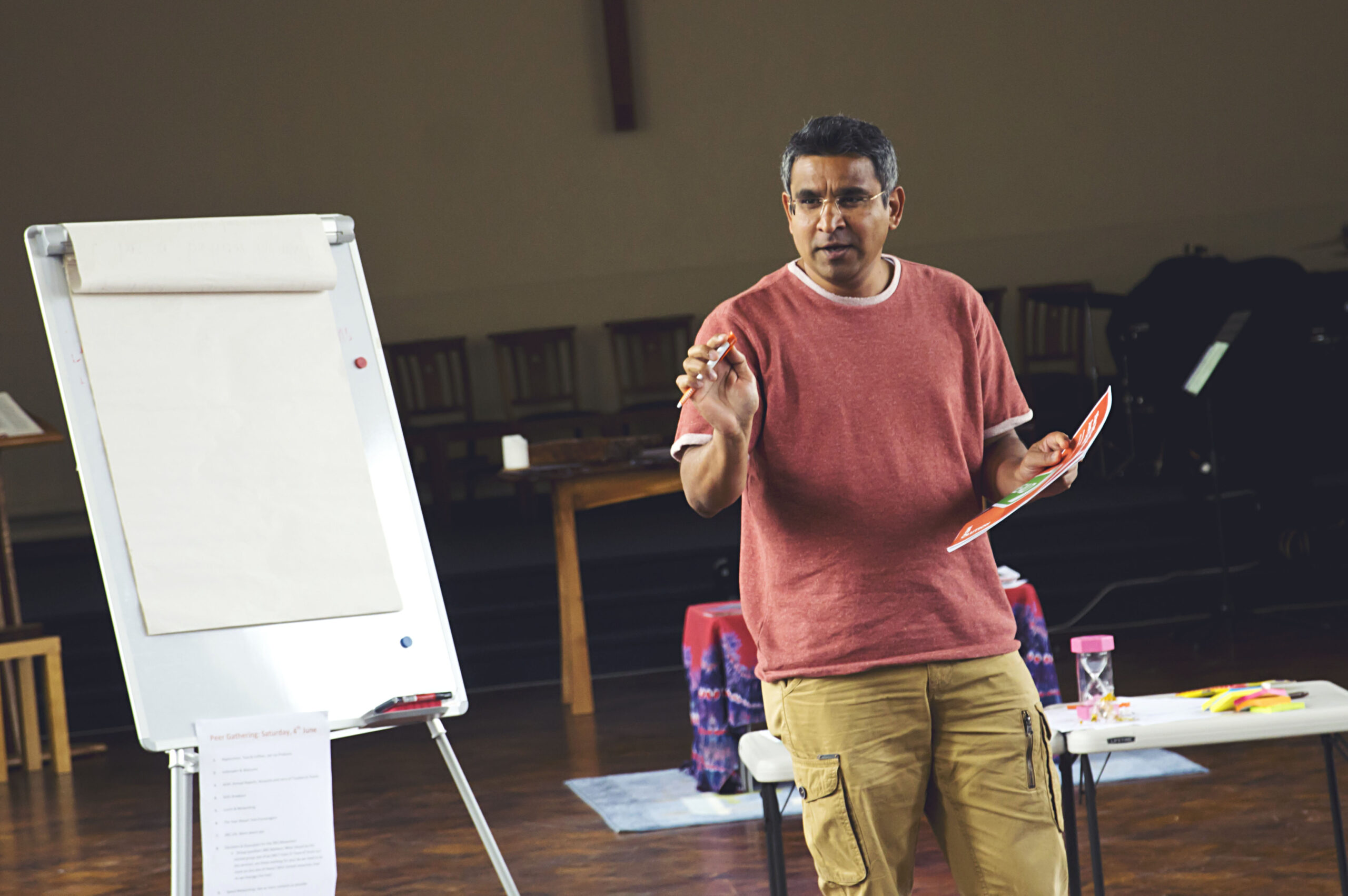 In the second of a three-part series of blog posts, we interviewed WEvolution founder and managing director, Noel Mathias, as part of the charity’s 10th anniversary celebrations. We discussed the evolution of the self-reliant group movement, its role in society, and the challenges posed to the movement by Covid-19.

In part two of the blog posts, Noel reflects on impact of lockdown and how SRGs have adapted.

Following on from part one of our blog, Noel has shared how the Self-Reliant Group (SRG) movement was formed in Scotland and its initial impact on local communities. After celebrating the 10th anniversary of WEvolution’s formation, Noel outlined the progress the charity has made in those 10 years. What’s interesting to note is that the fundamentals of the charity have not changed, but the scale that it works on has slowly progressed.

“The movement has changed in so far as that new people have come into it and new forms of energy have come into it at various times. Focus has shifted and the movement has grown in other places such as Wales, Manchester, Leeds, and Rotterdam. However, the core ideology of SRGs has remained the same in all these places as it has always been about people regaining control of their lives, staying connected, and starting up entrepreneurial activity. The way it is done might shift from place to place but what has been very encouraging is the number of people who have come across the approach and have stayed in it for long enough to see the impact on their lives, their families, and in their communities.”

“The movement has changed in the way that the impact has scaled considerably over time. We are doing things now that I wouldn’t have imagined before and there have been some unexpected but very welcome results.”

This scaling-up of WEvolution’s impacts is testament to the dedication of the WEvolution team and its partners in ensuring the core outcomes are achieved. While the methods used to achieve these results been adapted over time, the desired outcomes have stayed constant. Noel talked about the pivots the organisation has made over time and how there needs to be a degree of fluidity to the movement in order for it to continue to grow and succeed. When talking about SRGs roles in today’s society, Noel said:

“When I first began the movement, I initially thought of it as one homogeneous movement across the UK and Europe but I have slowly changed my mind on that. What is most important is that, in all of these locations, we have multiple movements of SRGs. We don’t want to have groups that are isolated and we want to ensure all of these movements are connected with each other in their regions. It gives these little movements the chance to self-determine and decide how they want to progress. Then at a larger scale, we want to make sure we create the space for people to connect.”

This ability to self-determine and to have flexibility in how your SRG works was particularly beneficial when the country went into lockdown following the Covid-19 pandemic. With WEvolution and SRGs having to come up with new avenues for communication and supporting one another, the SRGs displayed astounding aptitude in adjusting to the situation.

“The challenges faced by SRG members have been the same as those faced by others in society. What I have seen during lockdown is that SRGs have consistently risen to the challenge of staying connected, of staying resilient, and striving to be more financially secure.”

“I had a phenomenal conversation with one of our SRG members. She mentioned how she feared using technology as she felt her services had to be delivered in person and once Covid happened she had to face her fear of going digital. She managed to do that thanks to the help of the team at WEvolution. She then realised that going digital is going to be good for us, both for individual businesses and the SRG Movement. “

“Listening to her made me realise how consistently SRG members have risen to challenges and adapted. I know it has been a fearful journey for some but my sense is that most have adapted and are continuing to adapt. There is this human element of fear accompanying striving and they work together. You can’t have one without the other and that is alright I think as it pushes us to succeed.”

The mental fortitude of SRG members has been astounding to witness over the last 18 months and Noel acknowledges that WEvolution has relied on them as much as they have relied on WEvolution. By working closely together and supporting one another during the pandemic, the SRG movement has continued to grow and flourish, even in the face of adversity. It’s proof of the strength of the movement and its ability to help communities at the worst of times.

Keep an eye out for part three of our blog posts as we look at what the future holds for the SRG movement.