In Conversation with Noel Mathias, Part 1 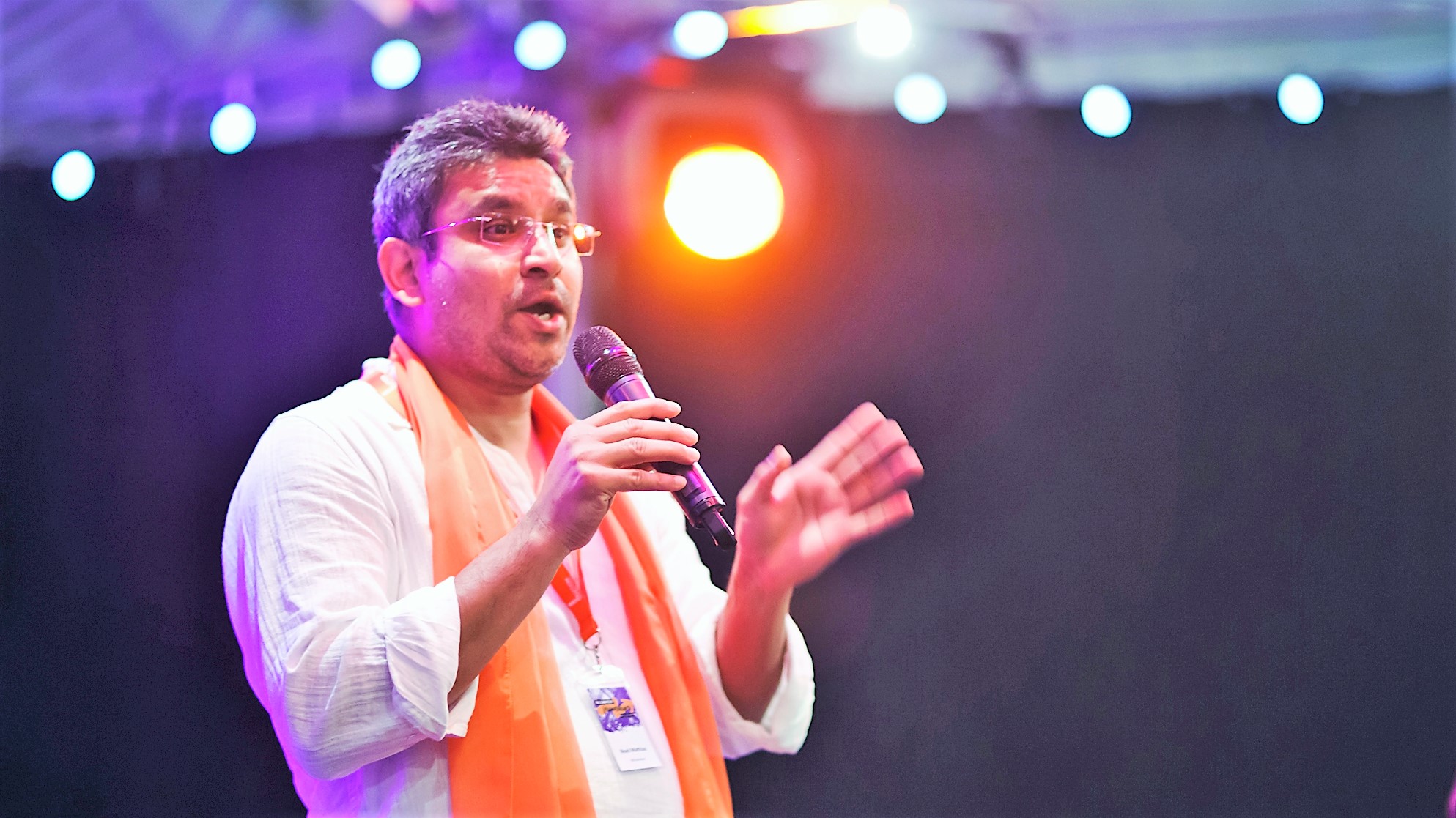 In the first of a three-part series of blog posts, we interviewed WEvolution founder and managing director, Noel Mathias, as part of the charity’s 10th anniversary celebrations. We discussed the foundation and formation of WEvolution, how it has adapted over the last ten years, and what the future holds for the Self-Reliant Group (SRG) movement.

In part one of the blog posts, Noel reflects on the history of SRGs and how they were implemented in the UK.

2021 marks the 10th anniversary of WEvolution and its formation, all of which stemmed from an eye-opening trip to India. Noel Mathias, founder and Managing Director of WEvolution, arranged for himself and 13 Glaswegian women to visit India to learn about the Self-Help Group (SHG) model in India and how communities used it to lift people out of poverty and provide economic opportunities for others. Noel describes the time there as the inspiration for WEvolution as he witnessed the SHGs in action.

“The Self-Help Groups approach is used across India to such an extent that anybody who decides to do any form of community development goes straight to the SHG’s. It has become a mainstream model, so much so that the Indian government has made it an official strategy to eradicate poverty in India. The financial institutions in India, private and public, are mandated to give microfinance or create financial products for this movement, of which I believe there are now over 12 million groups.”

“I saw this as part of my daily work and life back home in India and that’s what I wanted to introduce to people here in Scotland. This then sparked the trip to India with 13 women who saw the SHG’s in action.”

The First Trip to India

The trip to India was an almost overwhelming experience for the 13 women as they were staggered by the scale of operation. SHGs are ingrained in Indian society but, while Noel grew up in India and understood the model, it initially seemed like a wild notion to the Glaswegians as to how it could be implemented in Scotland. Noel recalls:

“At the start of the trip to India, the women from Glasgow saw the Self-Help Groups and how they organised themselves to save small amounts of money. They saw this incredible political and civic action as well as economic enterprise and asked “Noel, are you expecting us to do this back home in Glasgow?!” And I would tell them “No, this is a chance to learn, enjoy ourselves while we are here, and at the end of the trip we will see what we want to do.””

“Slowly, over those 10 days in India, I saw that initial fear and anxiety make way for resoluteness and determination to make it work back in Scotland. On our final day, we made a roadmap for what we wanted to do in Scotland and every single person made a plan to start the Self-Help Group movement in Glasgow. And that’s how the Self-Reliant Group model was born in Scotland!”

Noel acknowledges he has some responsibility for bringing the Self-Help Group model to Scotland but gives a lot of credit to the 13 women who were doggedly determined to make it work in their local areas. It was also in Scotland that the name of Self-Help Groups was changed to Self-Reliant Groups.

The implementation of WEvolution and Self-Reliant Groups faced some early struggles however as some community development organisations and related partners could not envision how the model would work.

“The biggest challenge was community organisations who could not wrap their head around the approach of introducing savings in groups. They didn’t understand how these small groups of people could manage their own finances. We faced a number of organisational gatekeepers who wouldn’t entertain the prospect of me meeting with their groups. We also had some people who were desperate to lift individuals out of poverty but couldn’t understand how the SRG model would work without it being an intervention model.”

“We did receive some support from organisations who provided money to help start-up and offered training, while others were very positive to see how it would work. There was a balance in the scales of people who supported us and people who doubted us, but I believe that has helped us get to where we are. There was some resistance but also a fair bit of goodwill and luck.”

The balance of support versus resistance quite aptly mirrors the process new SRG members go through now as we see people with entrepreneurial visions collaborate with like-minded people to pursue their ideas. There are undoubtedly challenges and setbacks along the way, but the support the groups provide each other, along with the individuals perseverance, has seen numerous success stories over WEvolution’s 10 years. The first part of our discussion with Noel emphasised the journey the organisation has come on and how its struggles mirror those that SRGs go through.

Keep an eye out for part two of our blog posts where we go into detail about the progress of the SRG movement and the role they can play in today’s society.